The first time I went to Knighton was in August 2013 during CADFA's Common Ground visit. 18 young boys and girls from Palestine and England came on a tour of different cities in the UK with a focus on music. Our first destination was in fact Knighton, and we spent there 4 wonderful days, under the sun and rain, with lots of helpful local people and doing many different activities, from music workshops and performances to walks in the green hills of Wales.

After less than a year, I went back to Knighton as an EVS volunteer for CADFA and I had a super busy timetable for the two weeks I spent there. It was great to be welcomed by old friends in Knighton, who prepared an amazing meal on the second night of my stay. 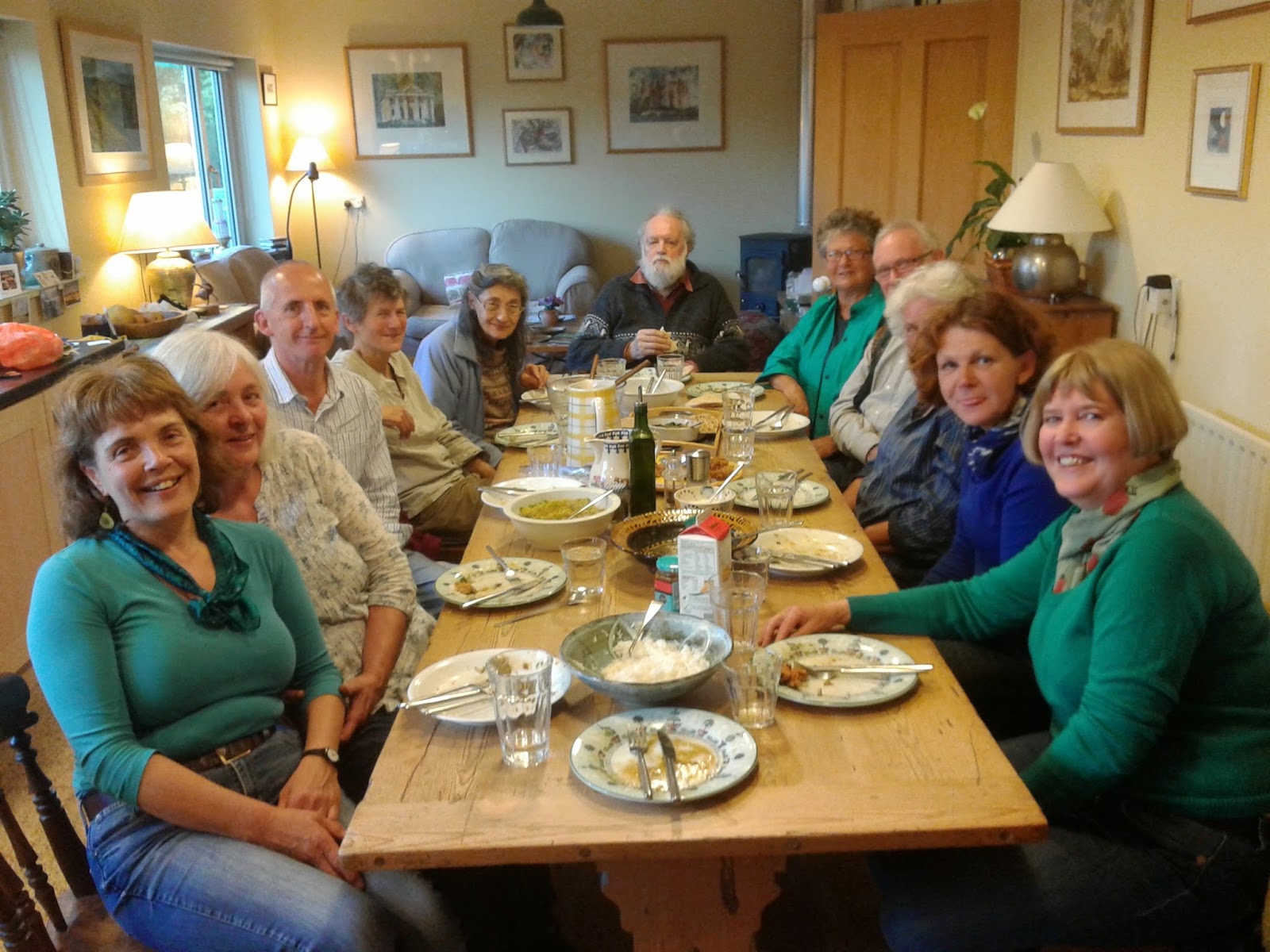 The next day I joined local volunteers in the woods, to clean the area from branches that had been cut from the trees and to help building a small hut where they dry firewood. 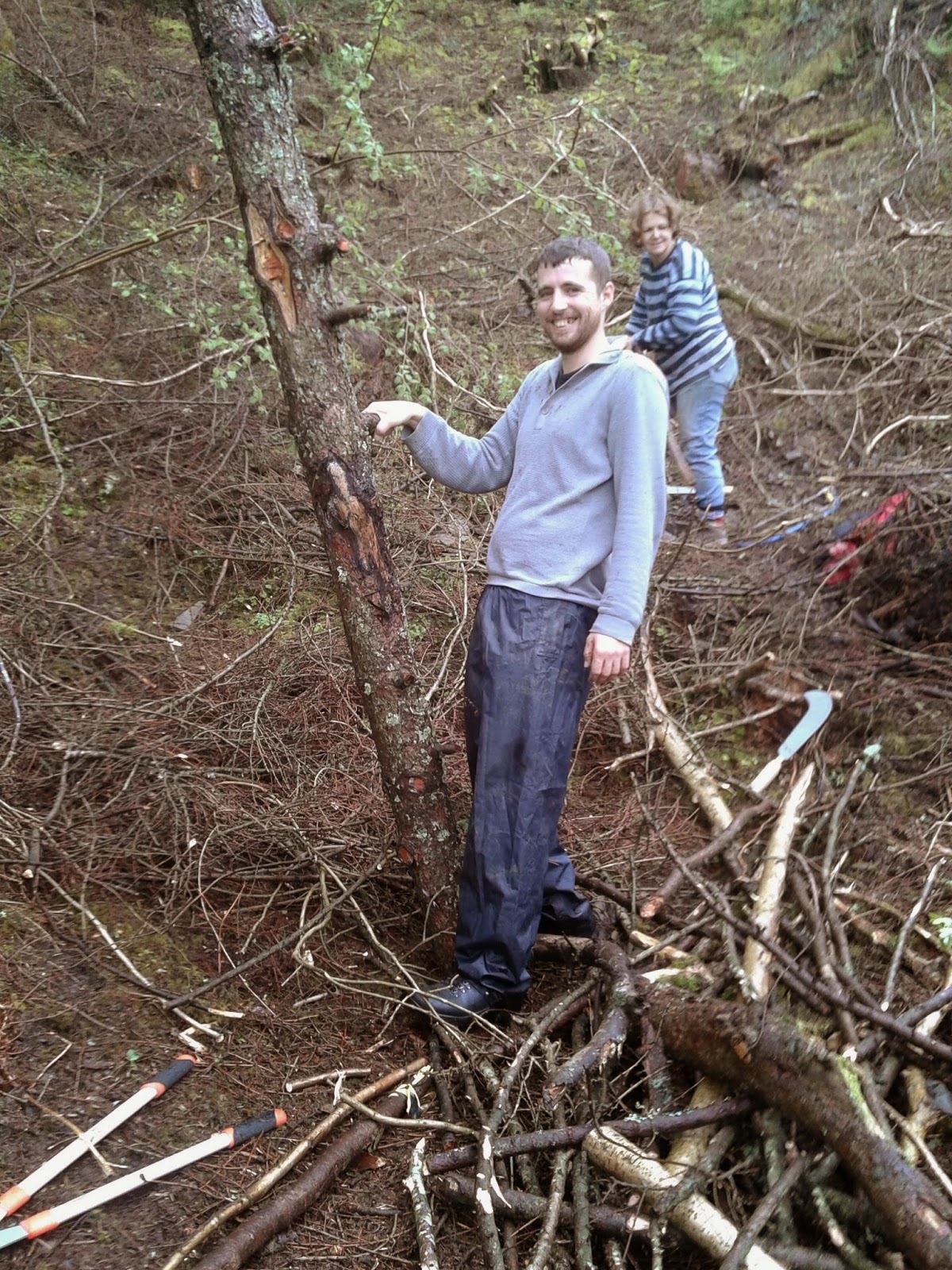 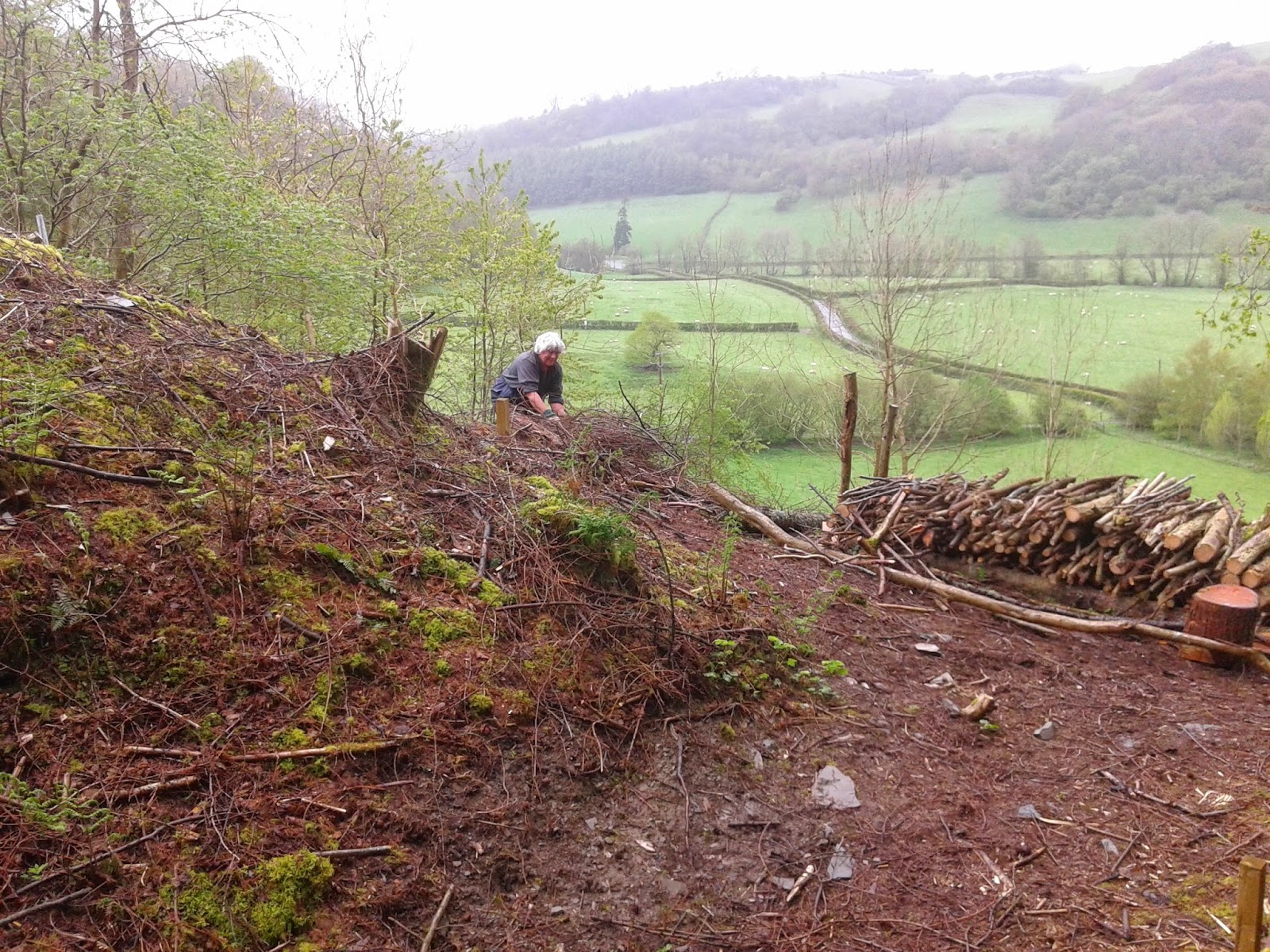 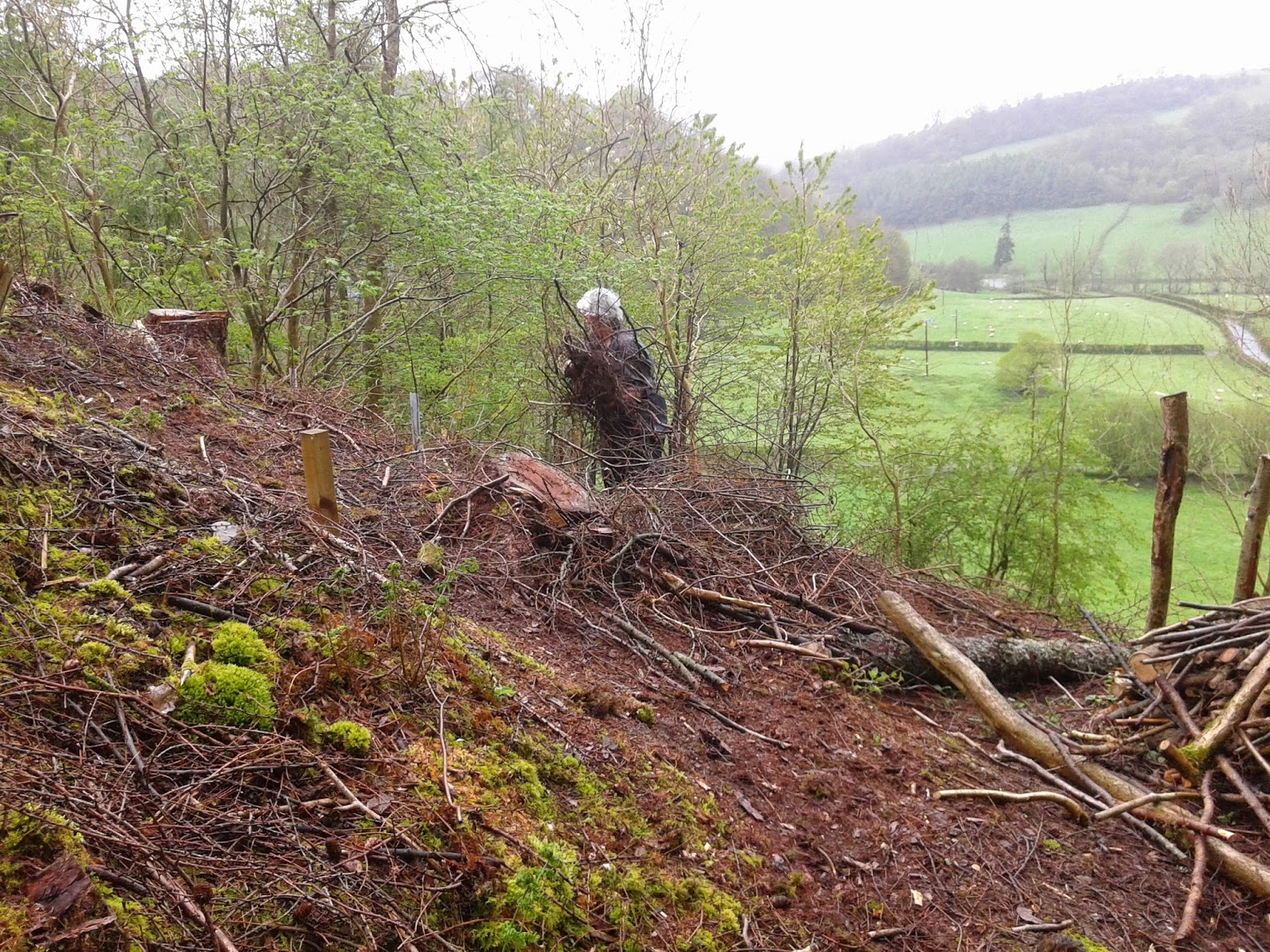 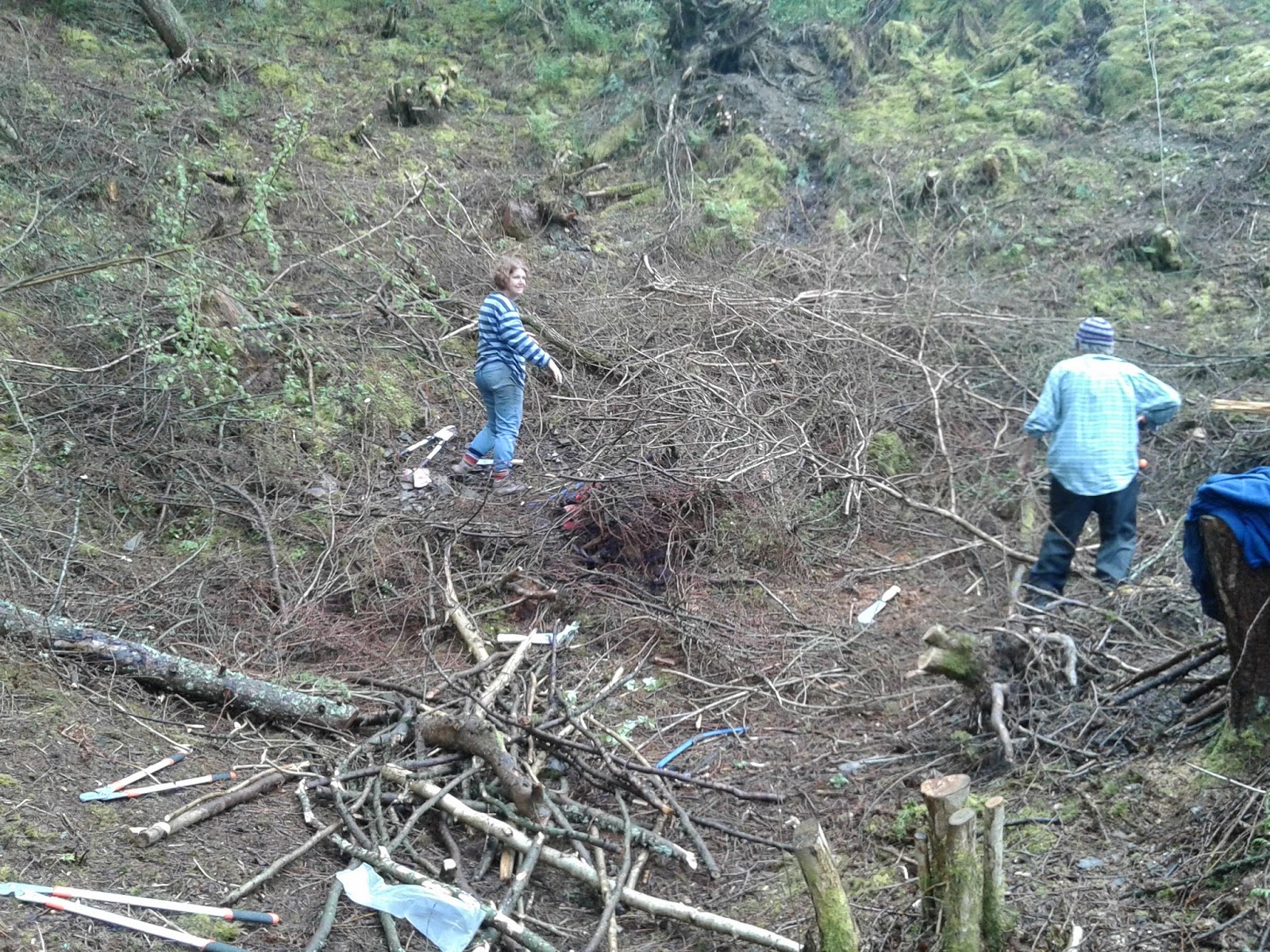 Twice during the week I spoke at 2 local schools about the Palestinian situation. I was amazed to see the amount of students who came to the talk and heard about Palestine for the first time. They seemed very interested and asked many questions. 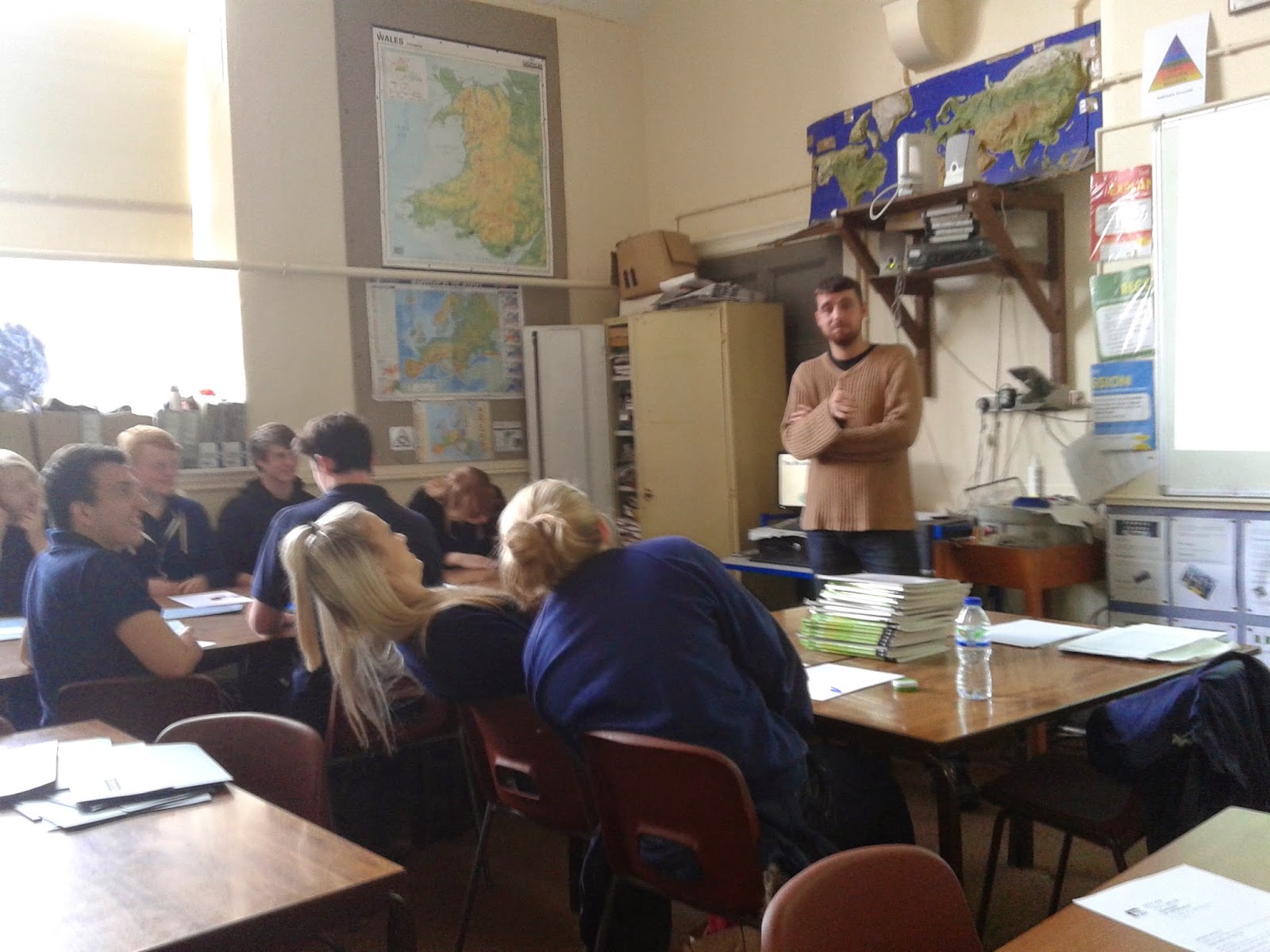 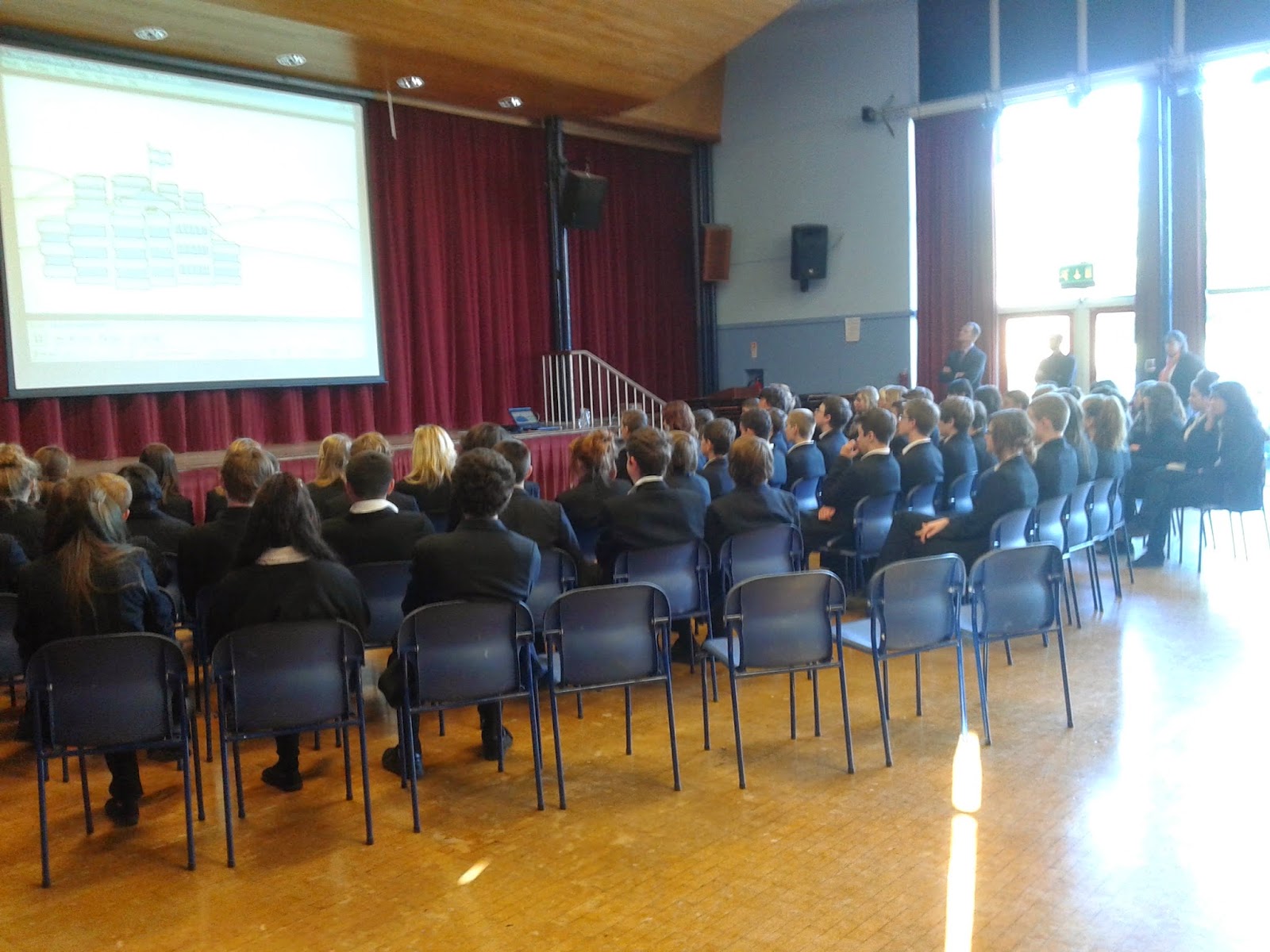 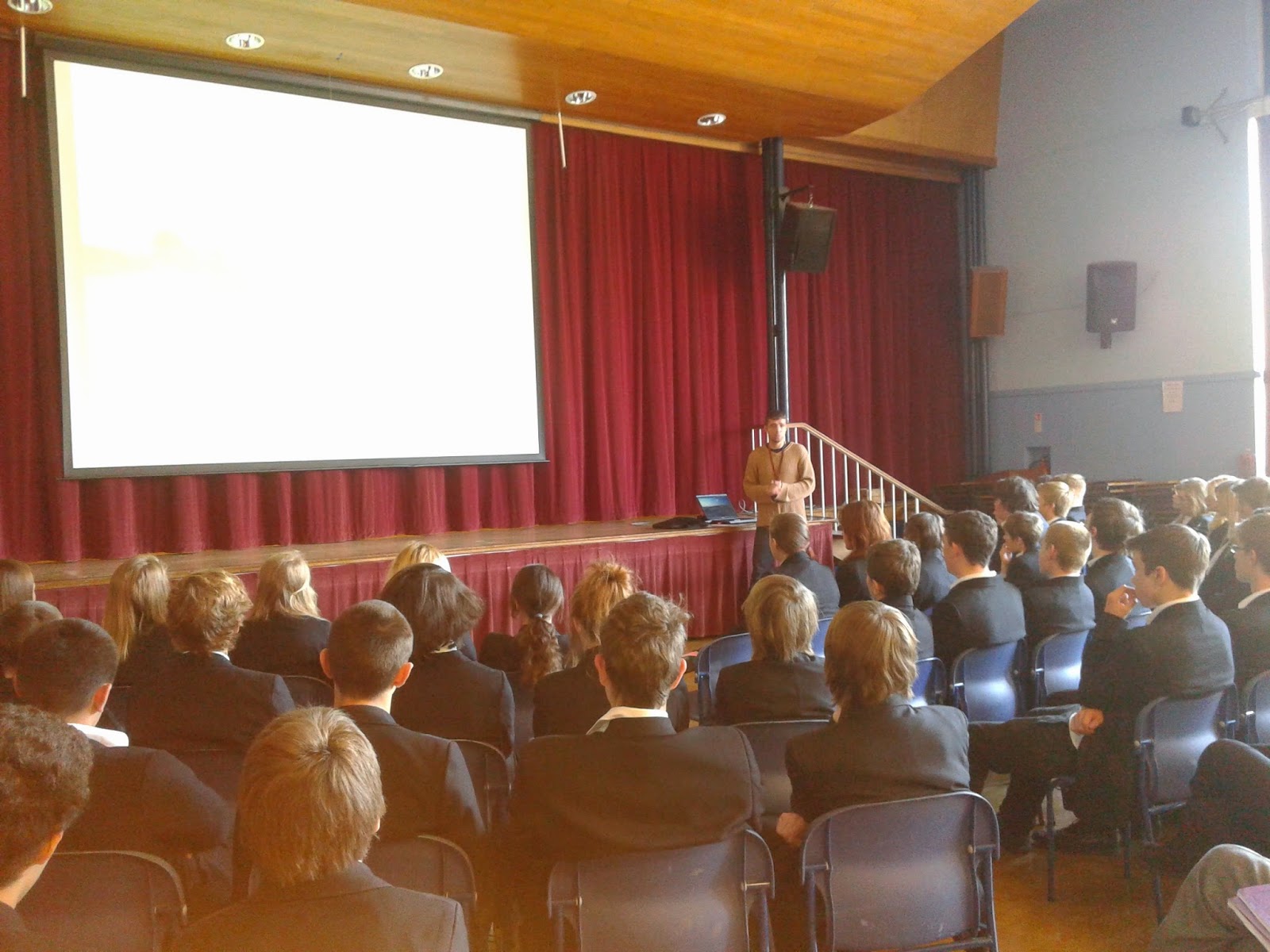 Apart from the schools, I also gave a talk in a neighbouring town about the Nakba, the Palestinian catastrophe of 1948. Once again, I was met by local activists but also people who didn't know much about Palestine. 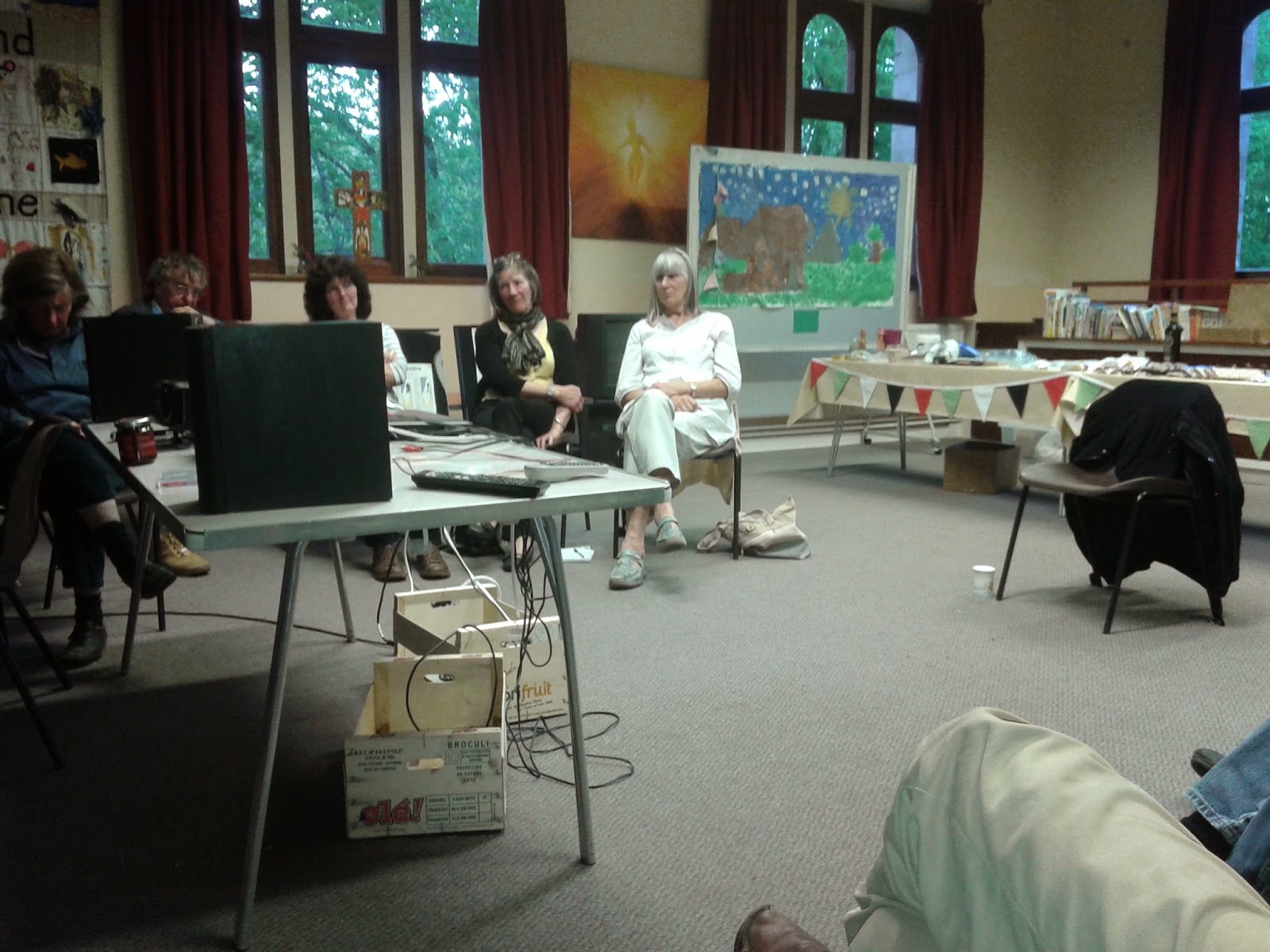 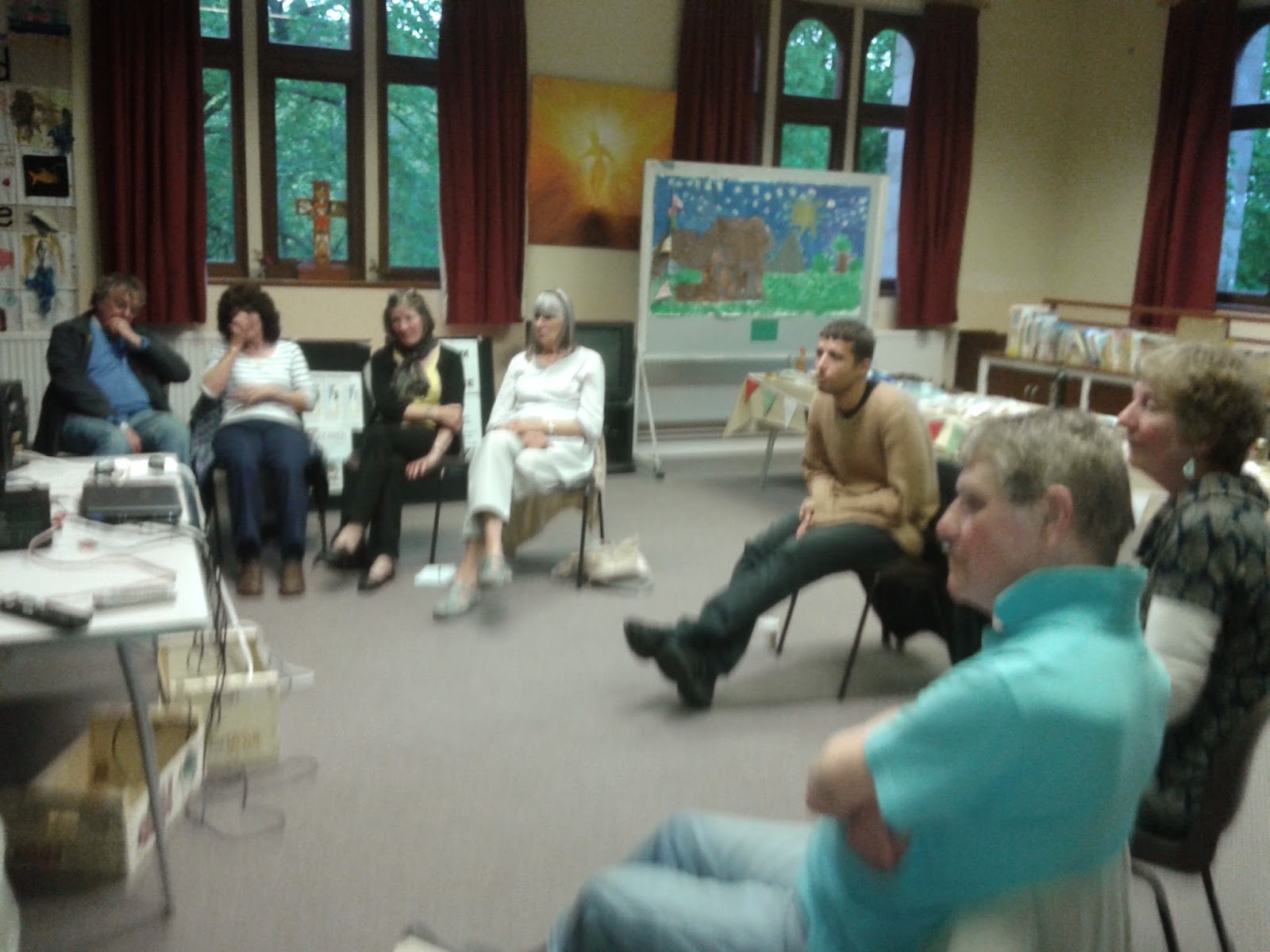 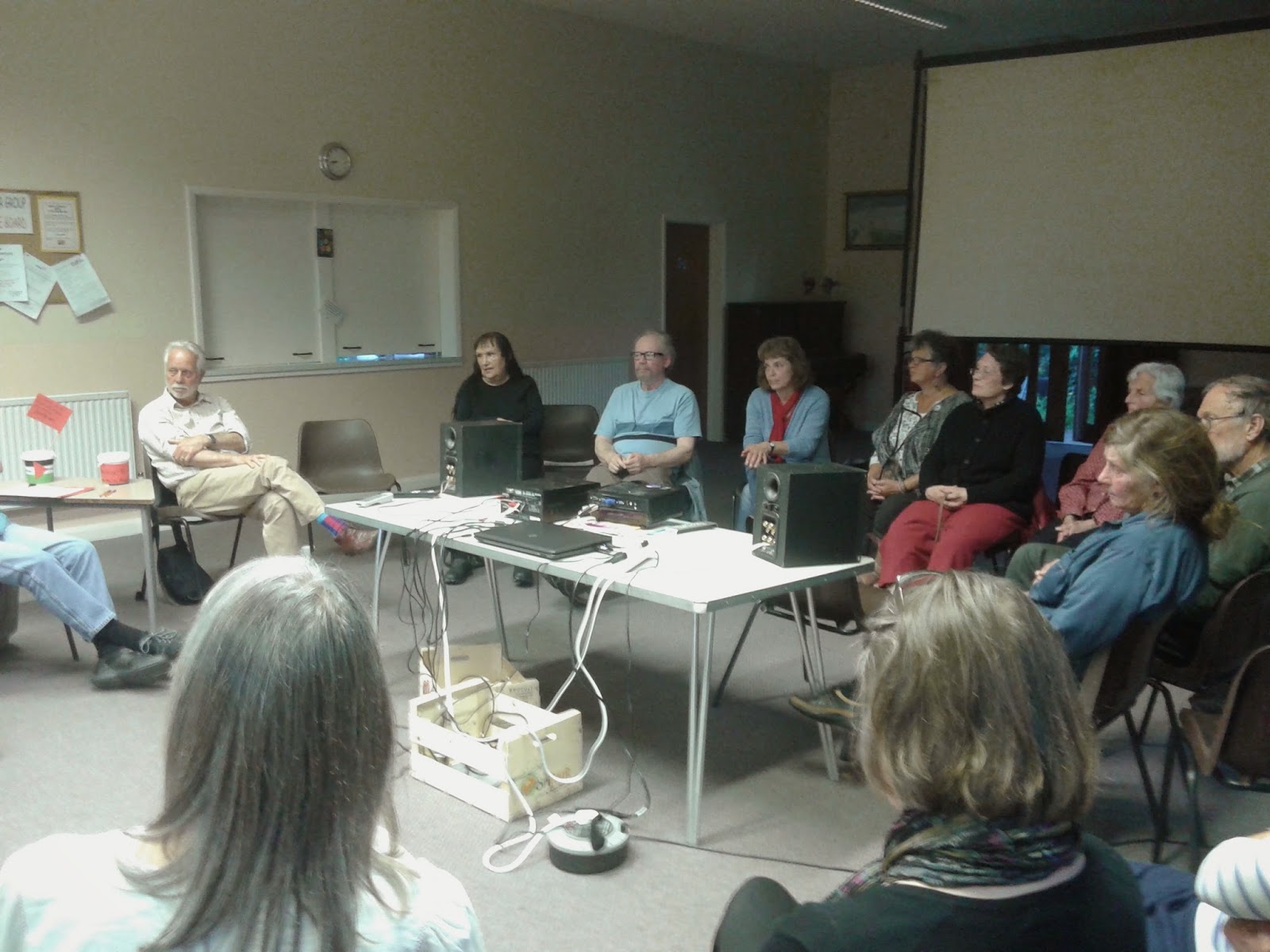 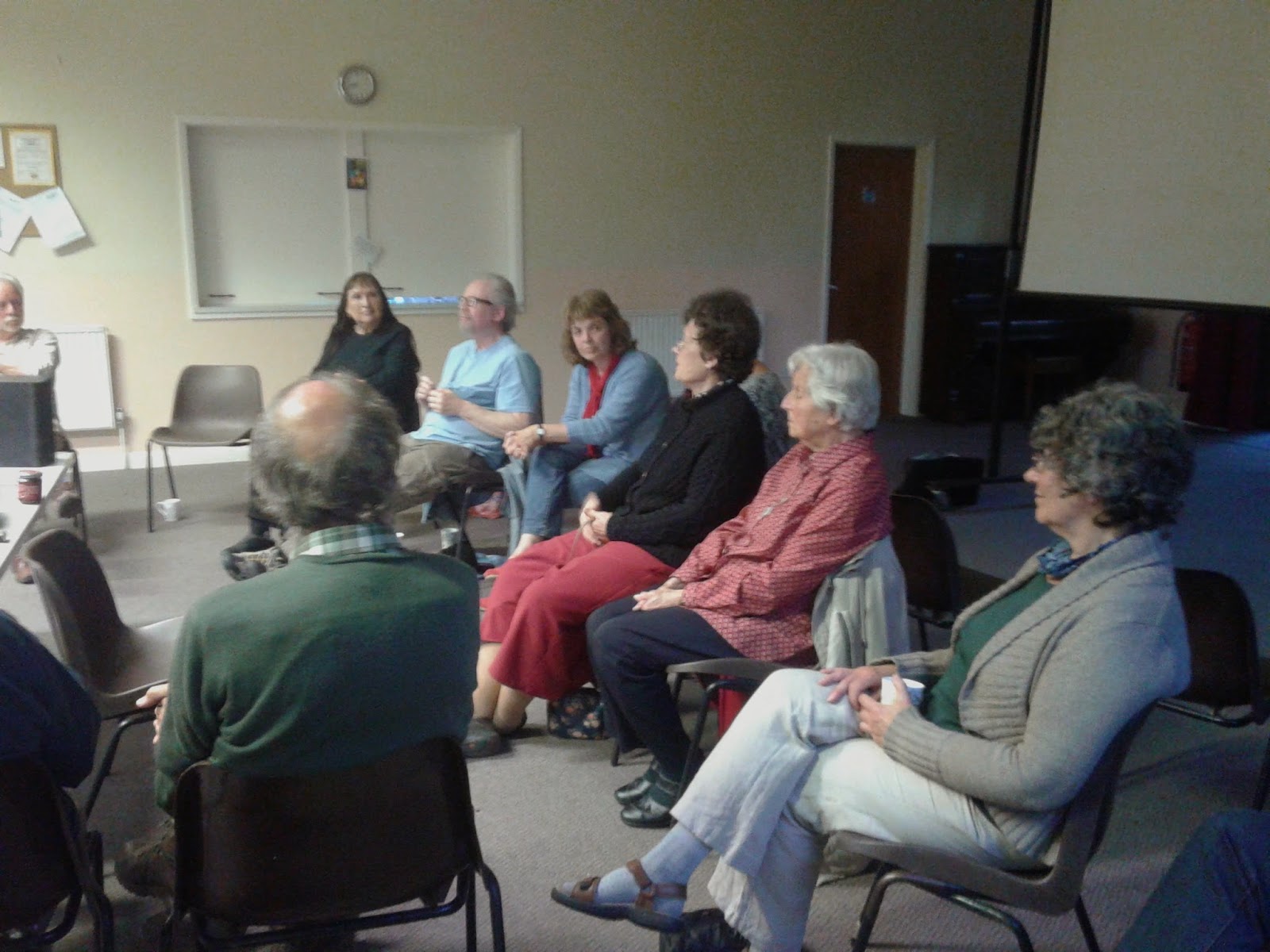 One day we organised a stall in Knighton Community Centre where there was a farmers' market  of local products. We sold Palestinian handicrafts, Zaytoun products (oil, almonds, dates, etc.). I also  cooked Manakish Zaatar and Cheese and Meat Krass to encourage people to try the Palestinian food and buy our products.

Finally we organised a fundraising meal for CADFA, which was very successful and people could try my maqlubeh. Zaky! 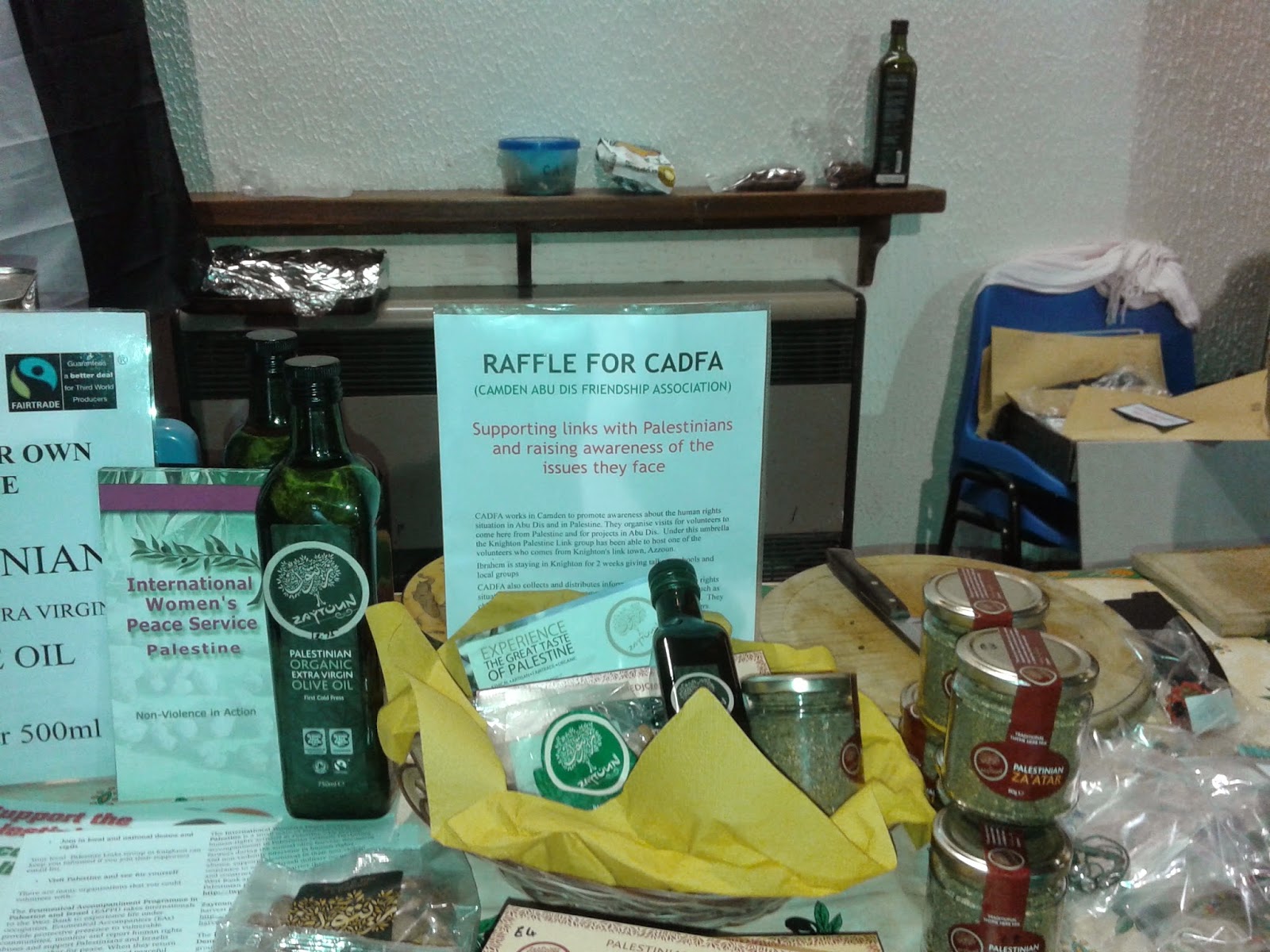 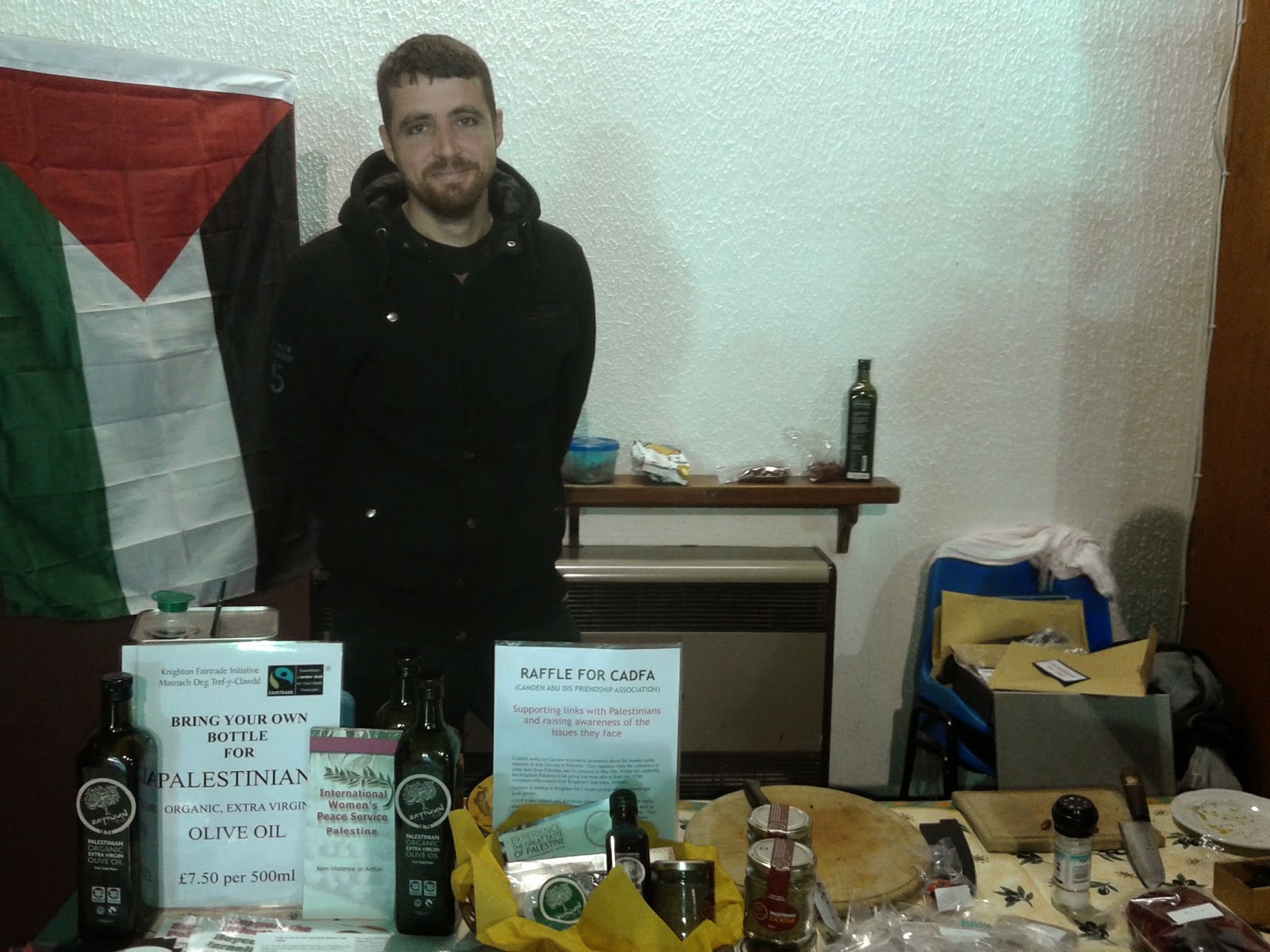 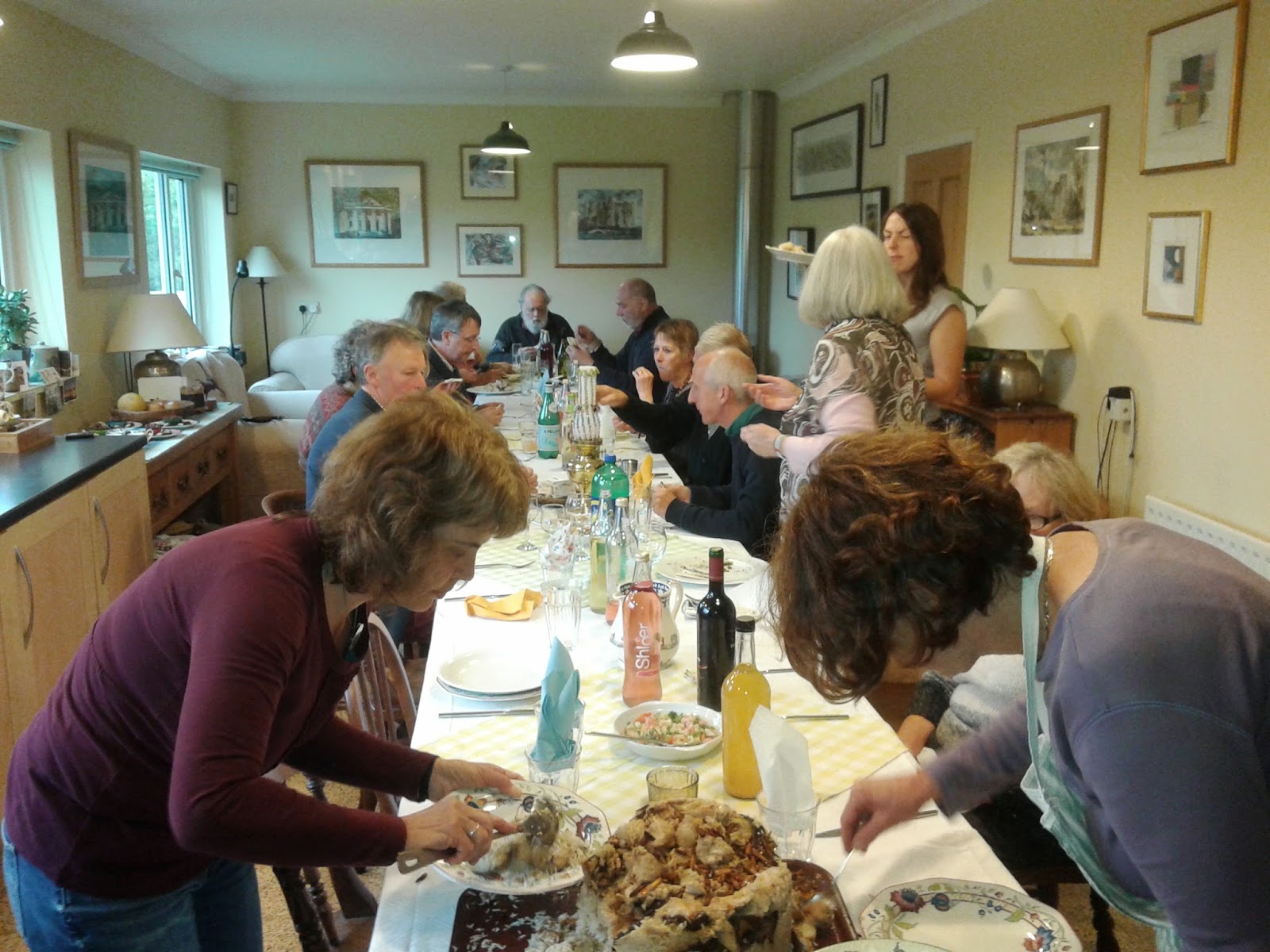 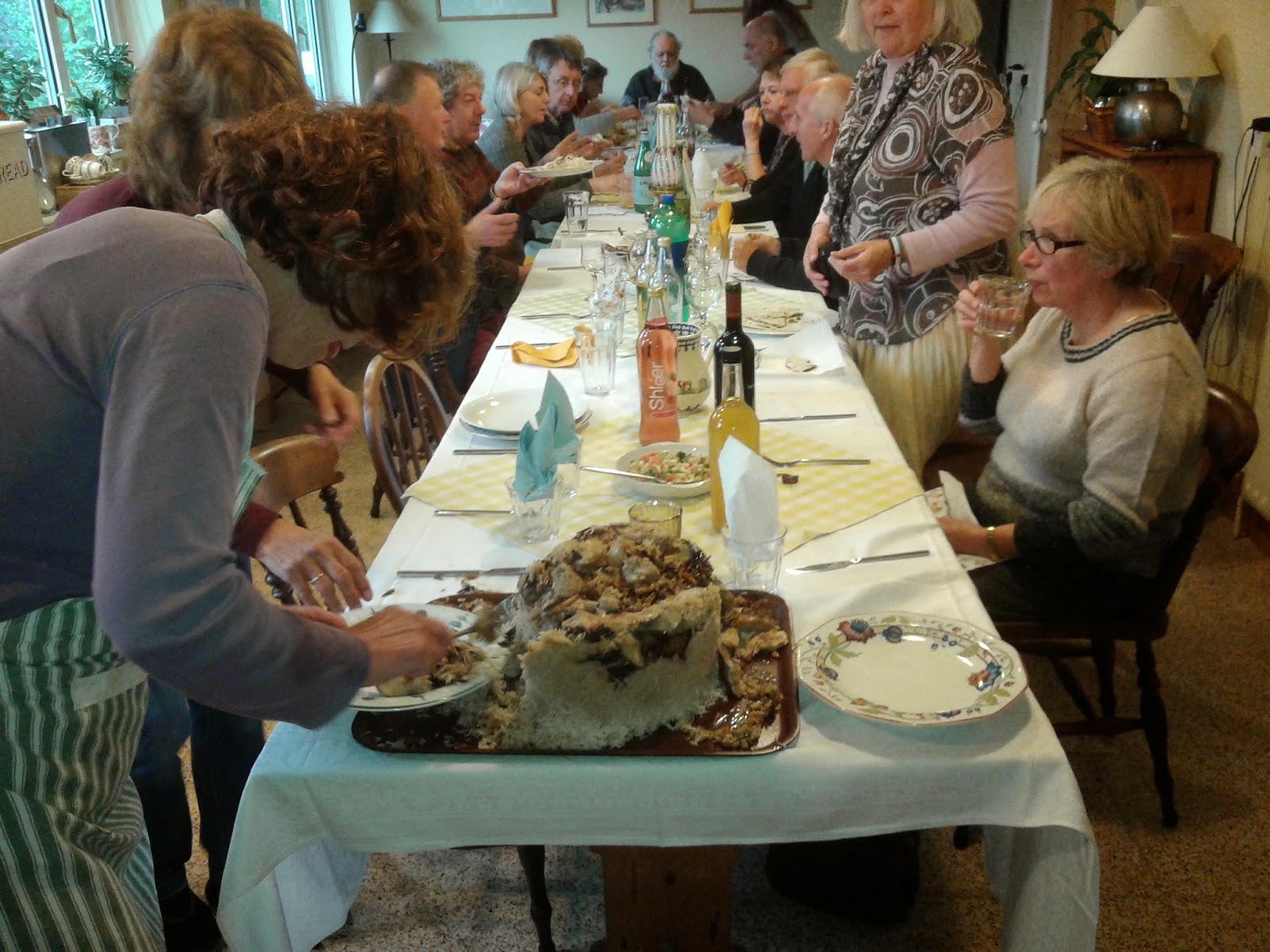 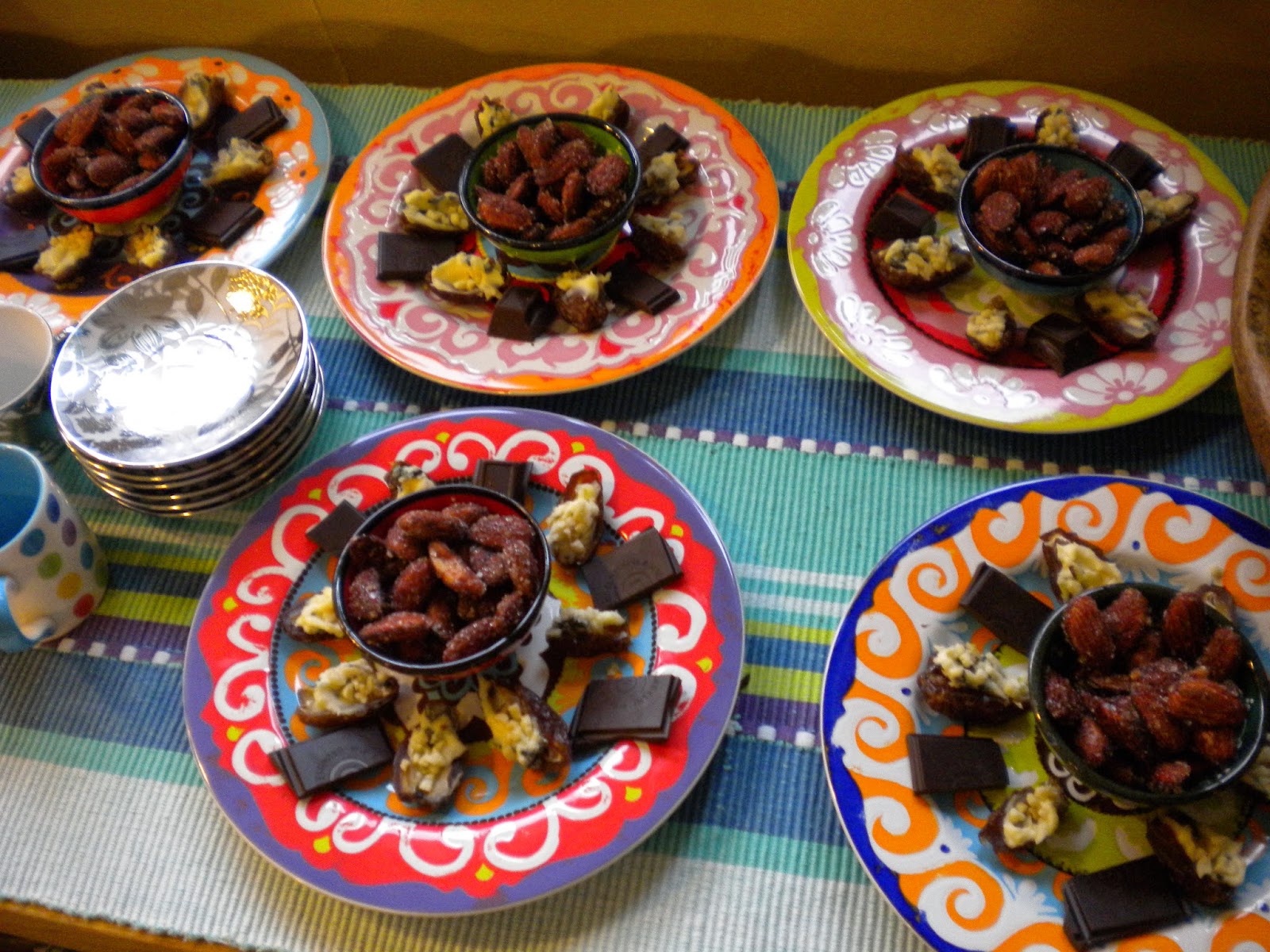 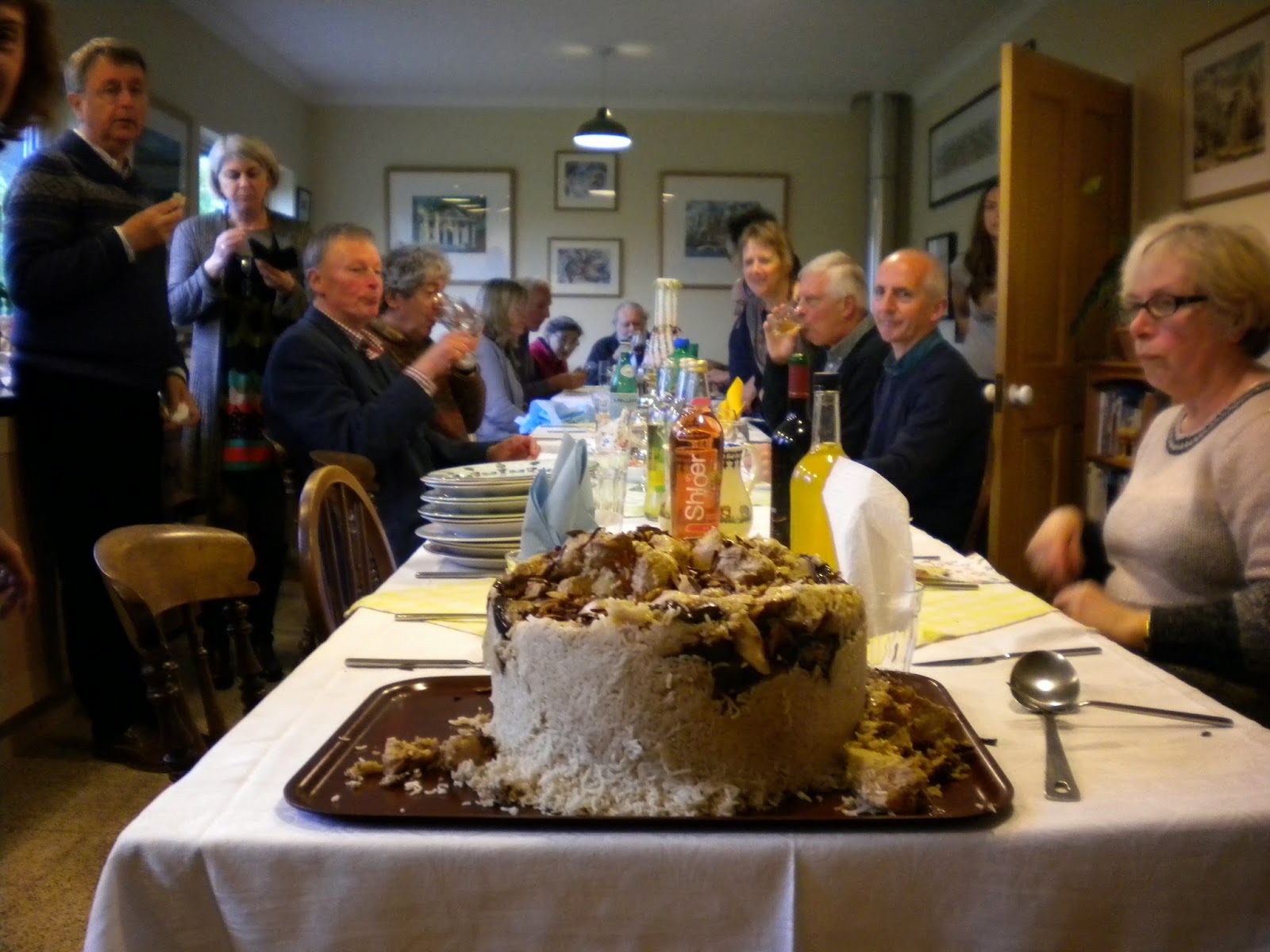 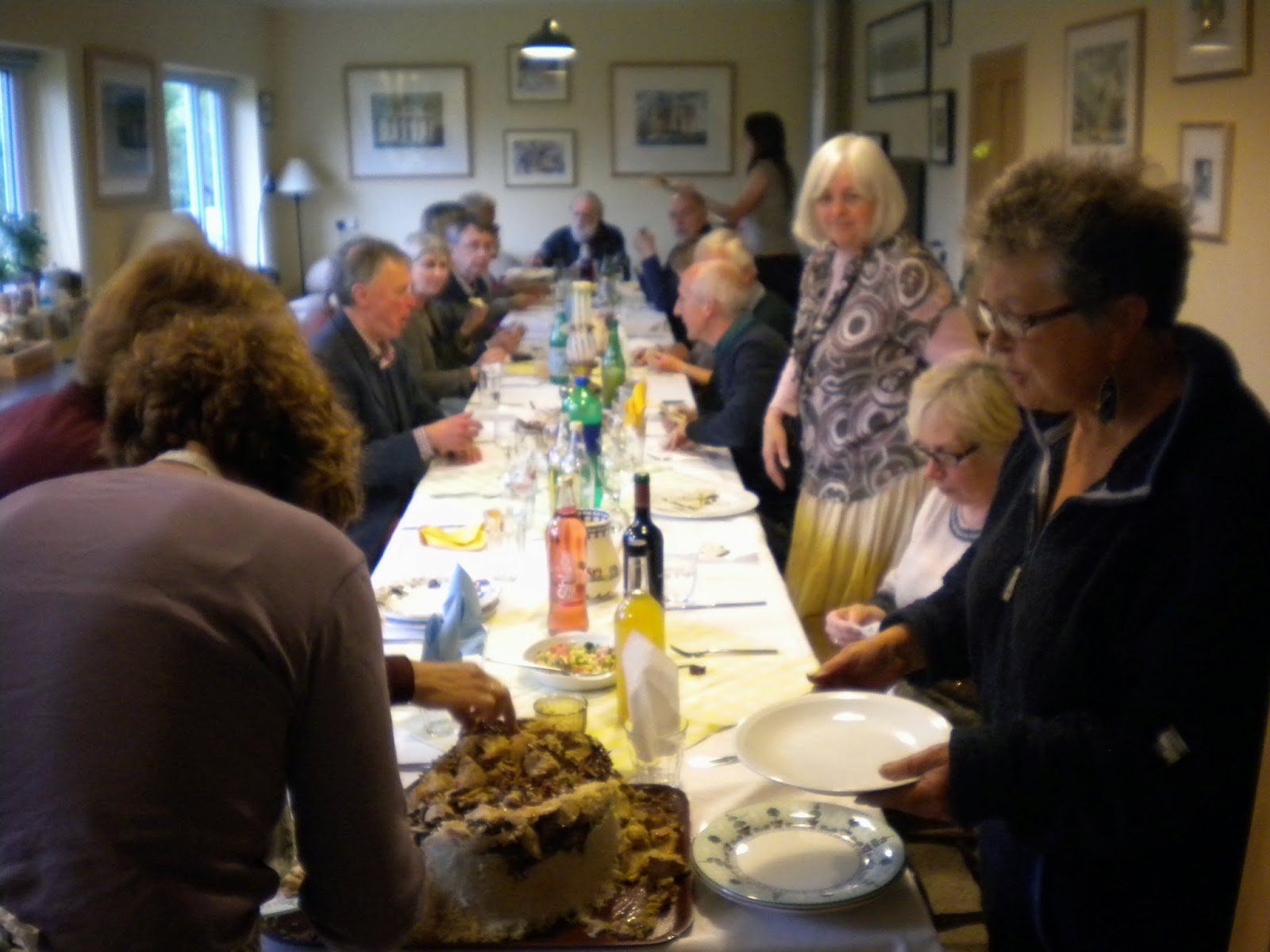 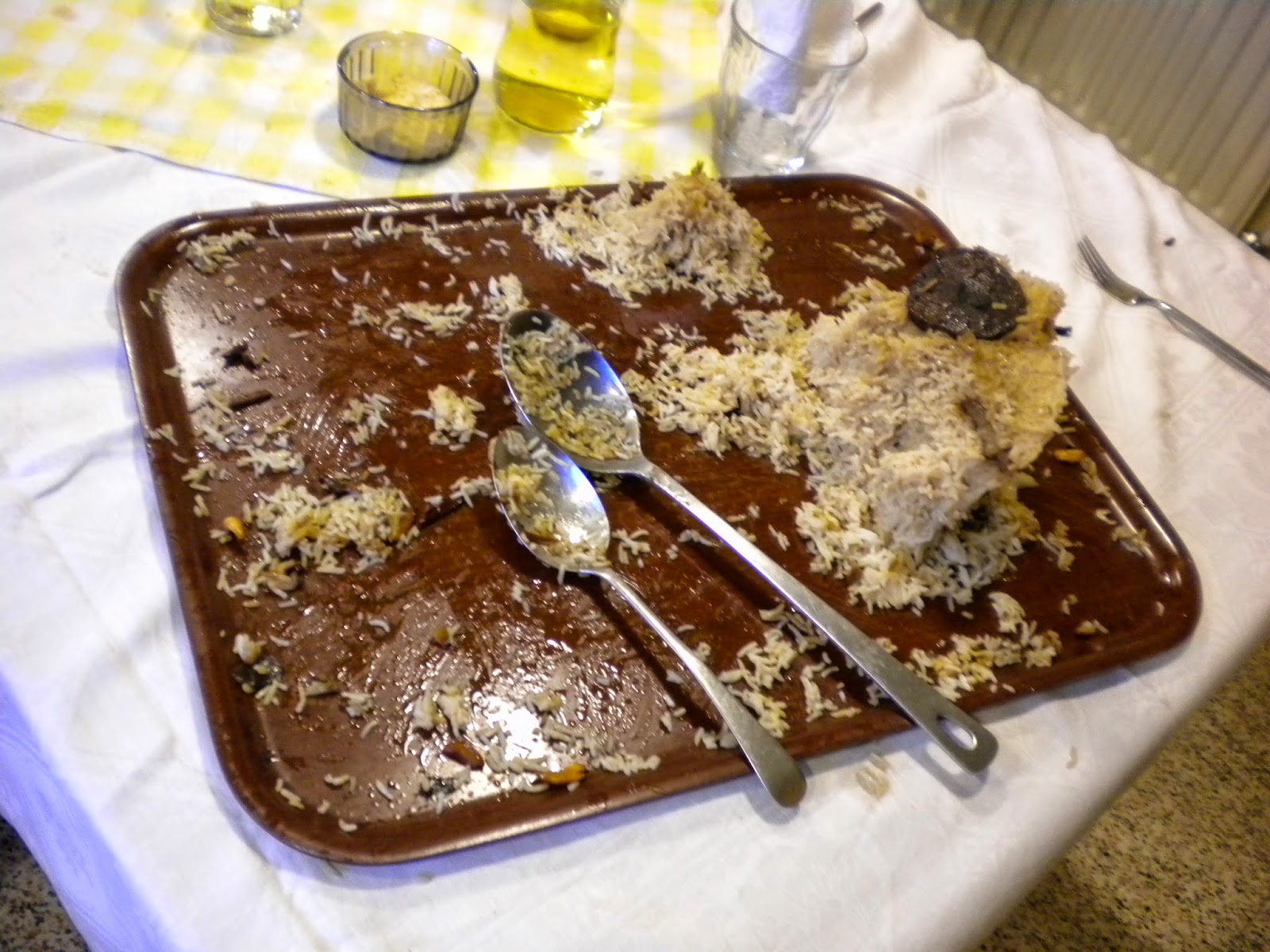 I had a wonderful time in Kighton and I hope to go back there soon.
Posted by Unknown at 17:58 No comments:

With lots going on with CADFA in London, I can't stop thinking about my future visit to Knighton, which should happen in just a couple of weeks at the beginning of May. I'm excited to come back to such a beautiful and peaceful village and to meet some of the great people that I've met in the summer and the ones who visited us in Azzoun before. I''m looking forward to the visit, to meet new people and see old friends, and to help and participate in the numerous events that are already being planned for that week!!

In the meantime, here are some pictures from CADFA's event in London, on Tuesday evening. I gave a presentation about Azzoun - Knighton twinning link and I helped cooking maqloubeh! 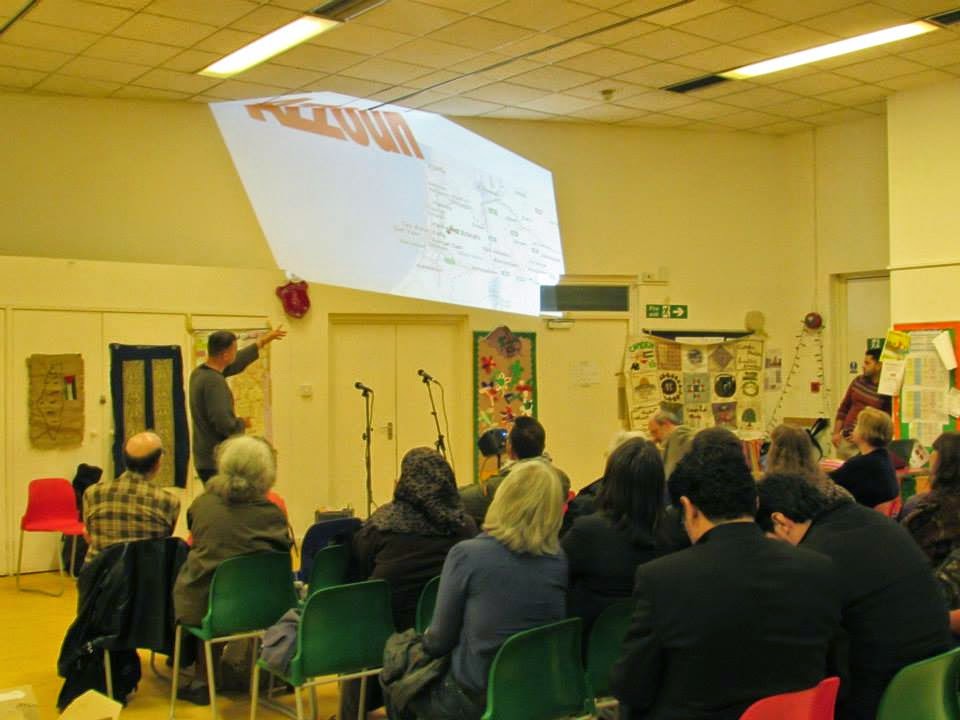 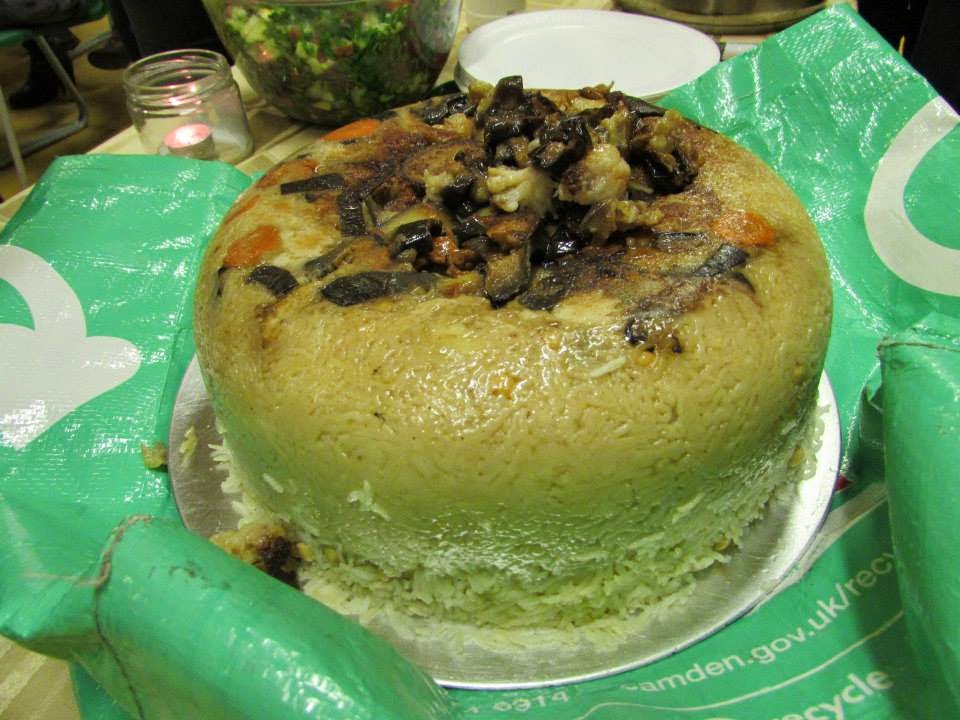 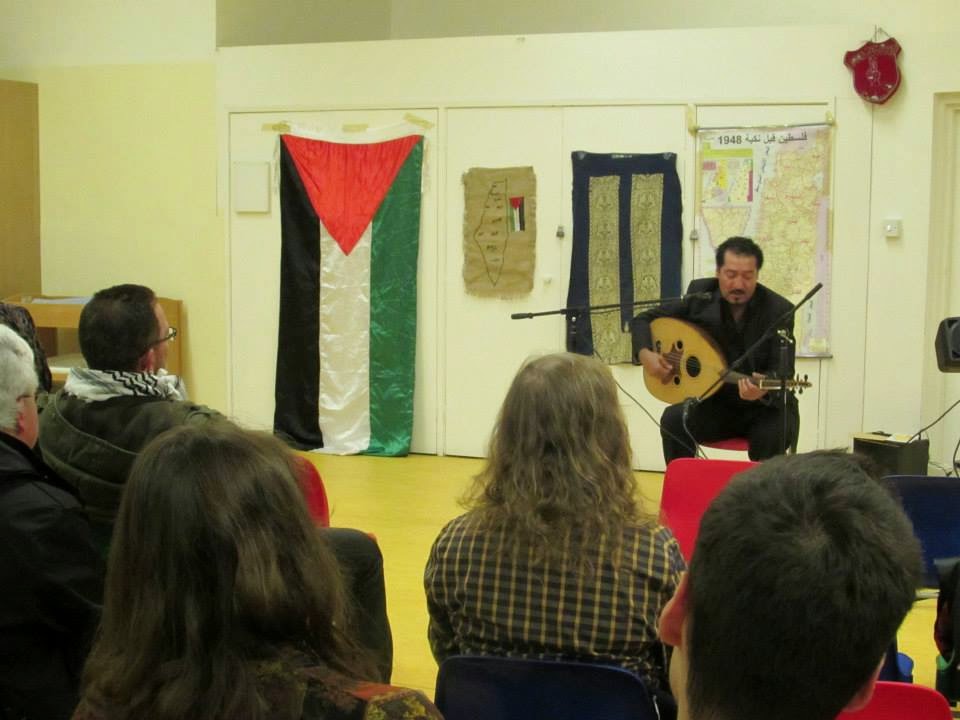 Posted by Dar Assadaqa at 21:30 No comments:

so nice and im looking forward

its big hello for all the peoble in knightone .as some of you know thats i arrive her to uk to do an EVC voulntering work for cadfa and we are already linked withe azzoune in palestine im really exsaited to come to knighton its nice pleas i like so much when i was here the last summer im looking for to do many things to make ouer group go forward and to do mnay useful things
ibrahem badwan 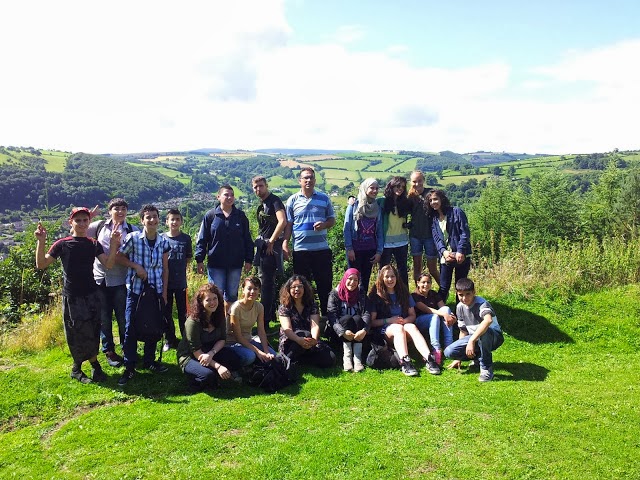 Horrible treatment of a child prisoner from Azzoun

Anne Mary, Penny, Janet and Jenny all came to an Arabic class with Suzan at Penny's on December 16th. They learnt how to introduce themselves,salutations and greetings, and how to ask the price of something.Then they practiced a little conversation. This is just an introduction - Ibrahim will have to get us talking properly!

Tuesday December 17th, Suzan met MP Roger Williams, who braved it through the snow to Knighton Library.
Suzan told him a bit about life for young people in Palestine today.
There is high unemployment: 2 out of 10 Palestinian graduates succeed in getting jobs after they leave university.
Because of this, some people leave Palestine to look for work in other countries. This is a risk, as the Israeli authorities may not let them back in.
Some, in desperation, go to look for work in Israel, like Suzan's brother. This is also risky. Suzan's brother was working in an Israeli restaurant, and someone discovered that he had no Israeli papers. He was arrested and sentenced to two years in prison.After one year, his father succeeded in finding a lawyer to help, and after paying a lot of money in fees and fines, her brother was finally released, but is forbidden from returning to Israel for 2 years. He is now back in Ramallah studying to be a chef.
This means that he can never visit one of his other sisters who lives in Jaffa, now in Israel. After nine years, she still has the green ID of a West Bank resident. This means she can not work in Israel; her only option is to commute to and from Palestine, negotiating military checkpoints and roadblocks. The birth of her three children is registered only in her husband's ID; she can never have this put on to her own ID.
After hearing these stories from Suzan, Roger said he would set up a meeting in Parliament with Suzan and other MPs. He also intends to meet Ibrahim who will be in the UK in March for 5 months, hopefully spending a good part of that time with us in Knighton.
Posted by camilla at 16:45 No comments:

Suzan has met with Roger Williams MP and told him about her life under illegal Israeli occupation and he has agreed to join the all party parliamentary group Friends of Palestine. 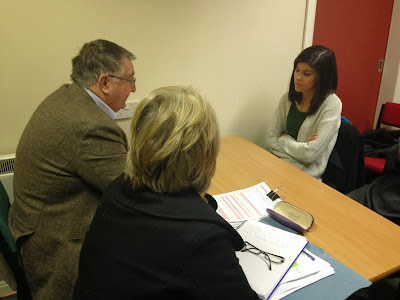 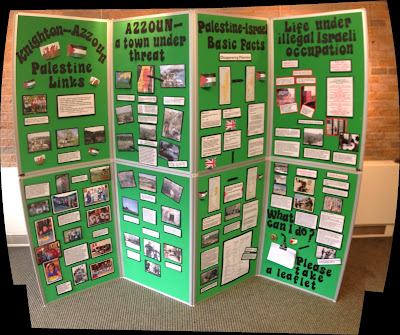 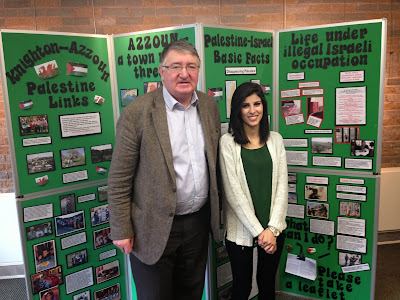 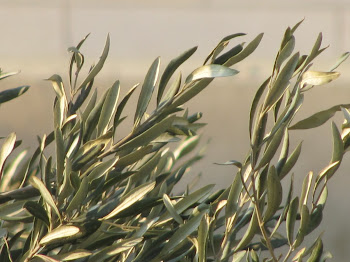 The Knighton Palestine Links Group is now twinned with Azzoun in the West Bank. Azzoun is between Nablus and Qualqilya, and has a population of 9,000 including 3,575 refugees